Riads and Dars for sale

for those wanting to build up their business in Morocco

There is a big project going on all across Morocco these past years and this is partly aiming the cultural preservation of the buildings, partly brings lots of business to both the investors and the country itself.
There are literally hundreds of Dars (they are more available as the biggest Riads are already renovated) waiting for a new owner to restore them either for private or for business reasons. I had the luck to visit a local family at a lovely huge Riad with a large garden, only about 10 mins from the Jamaa El’ Fna square in Marrakech. Such places should be seen, they are absolutely awesome and can all be considered as national treasures.
Today, there is a growing number of Riads and Dars of all shape and form which used to be owned by wealthy sheikhs and which are either already renovated by famous architects and fashion designers to merge both the Western and the Oriental styles or they are in need for a thorough renovation on different levels. Their selling price largely depends on their actual status.
There are plenty of real estate websites in and outside Morocco that deal with the selling of Riads/Dars.
Generally, the smallest you can get is the 2 room one, when it comes to the largest, believe me there are whole palaces even for sale. And the price is not even close to be as high as it would be in Europe or in the United States.

Buying a Riad is making a dream come true if you dream of having a family oriented little hotel where you can great and have a chit-chat with the guests, help them and also establish friendships and a good returning guest-base this way.
I myself am considering to buy a Riad, as it’s my long-term dream to own a hotel of such kind. Renovating one to my standards would be a real challenge and a real joy in the same time.
Renovating a Riad is a huge project that needs loads of permissions for doing. However the smaller Dars are often bought by Western couples who want to work it as a small guesthouse and their renovation also doesn’t cost nearly as much as one of a Riad.

Investing in a Dar, if you are interested in offering customer –focused services is a huge idea that doesn’t require nearly as much money as it would be necessary to do it in Europe or in the States therefore I’d really suggest you to look around and get hold of a Dar, create your guesthouse and this way create something for both Moroccans and the many people who want to learn about it through staying at a Dar or a Riad.

The best cities to look for renovated or not yet renovated Riads include:
- Marrakech - always full of tourists, practivally the centre of the country
- Essaouira - half an hour from Marrakech, this picturesque fishing village today is the most popular seaside resort for Marrakech based citizens, expats and tourists likewise
- Rabat - because the city is low key in terms of tourism it's still cheap
- Fés -   one of the biggest touristic centres always full of tourists
- Tangier - although seasonal but Tangier has some of the best beaches all around Morocco. It's still low key in terms of tourism so you can get some good prices here
- Agadir - while the city is relatively new, warm climate all year long is guaranteed

I will hereby include some links offering Dars and Riads for sale in Morocco. Watch out however, as all the real estate sites in Morocco are in fact French language sites:

To look for some more inspiration check out my Moroccan Riads Pinterest Album.
For learning more on Morocco please visit my Morocco Travel and Moroccan Cuisine blogs too! 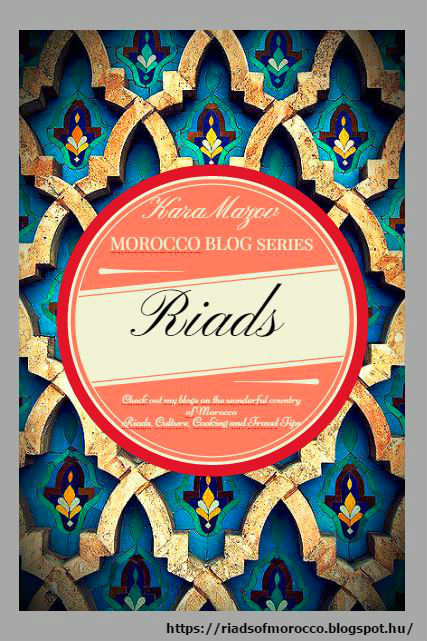